Introduction of the Ju/’hoan San Tracker School at Klein Dobe

The world is experiencing a period of rapid environmental change caused by climate change, habitat destruction and pollution. Monitoring biodiversity is critical for effective conservation management. There are too few professional ecologists to deal with the scale of environmental challenges. Furthermore, global biodiversity conservation is seriously challenged by gaps in the geographical coverage of existing data. Locally based monitoring is particularly important in developing countries, where it can empower local indigenous communities to manage their natural resources.

The exceptional skills of indigenous Kalahari San Master Trackers may soon be lost. These trackers represent a unique part of humanity’s cultural heritage and are an invaluable resource for nature conservation worldwide.

The Nyae Nyae Conservancy is the last area in the Kalahari where indigenous San hunter-gatherers can still legally hunt with the traditional bow-and-arrow. In 2018 only 15 hunters were still actively hunting. In lieu of these threats a group of community members of the Nyae Nyae Communal Conservancy established the Ju/’hoansi Trackers Association and Close Corporation in 2019.

The Mission of the Ju/’hoansi Trackers Association and School includes: 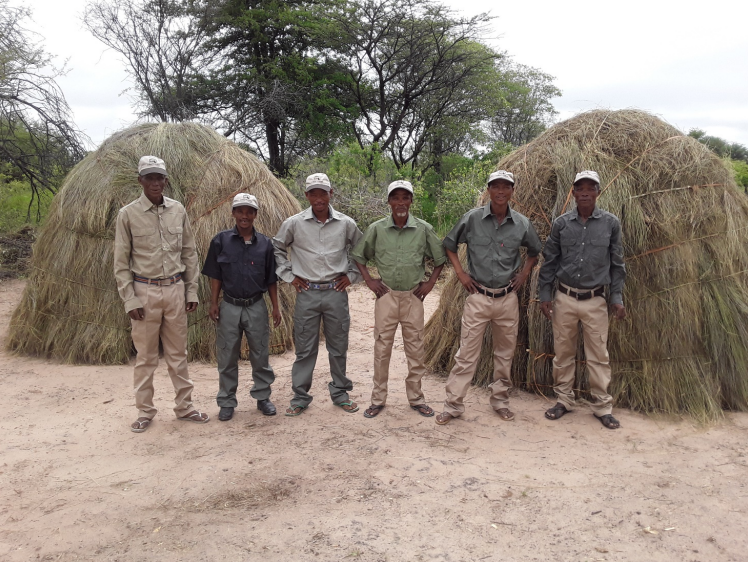 The camps are designed to require minimal capital investment. Apart from the canvass tents and some basic equipment, the camp has been built and maintained by the community. The “modern
indigenous style”, which combines canvass dome tents with traditional grass huts is very attractive to the tracker visitor groups from America and Europe, who all responded very positively to the experience. As part of the modern indigenous style, tracker uniforms are a mix of khaki, light green, olive green, light grey, dark grey. This is so that they do not all look the same, but retain their individual personalities. Trackers should look different from field rangers which differentiates the Ju/’hoan Tracker School from the luxury lodge industry as well as the “Living Museum” type cultural experience.

Key certified Master Trackers play a critical role in the future of indigenous tracking skills of the Ju/’hoan San of the Nyae Nyae Conservancy and even the Kalahari San in other parts of Namibia and Botswana. The Master Trackers conduct the training and evaluation of Ju/’hoan San community members, as well as other indigenous communities in Namibia, Botswana and other parts of the world. The Ju/’hoan San Tracker School plays a crucial role in revitalising tracking skills for indigenous communities worldwide. 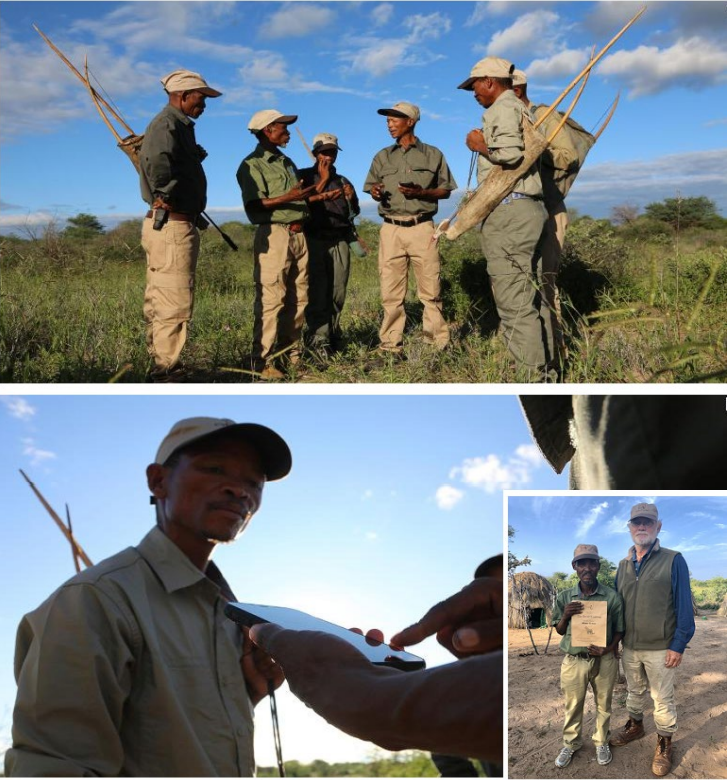 Additionally, the Tracker School hosts groups from Europe and North America. These visitors are often experienced trackers who want to learn more about tracking. This is a tracker learning
experience which is much more advanced than the cultural experience at other cultural tourism
venues. 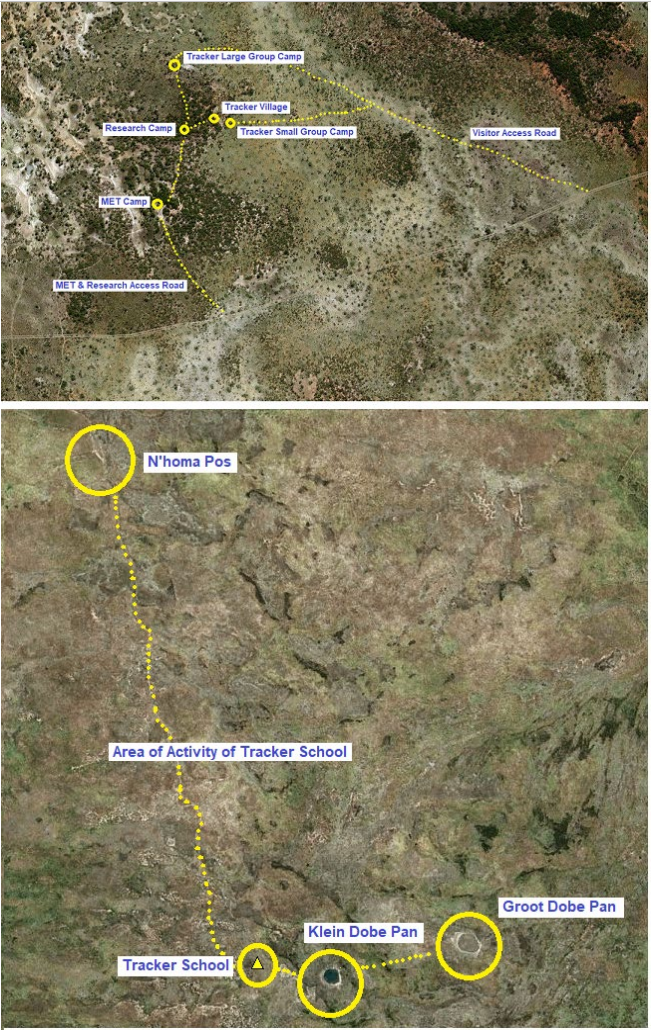 The Ju/’hoansi Trackers Association has been collaborating with CyberTracker since 2017. The CyberTracker software, which was originally developed for Kalahari Master Trackers in 1997, is playing an increasing role in environmental conservation worldwide, not just for trackers, but for scientific research, wildlife monitoring, conservation management and anti-poaching. The software, which is free, has been downloaded more than 500 000 times worldwide.

The Nyae Nyae Conservancy in the Kalahari, north-east Namibia, presents an opportunity to develop a conservation programme in one of the last true wilderness areas that can have far-reaching implications for indigenous communities and biodiversity conservation worldwide. The largest elephant population in Namibia is found in Nyae Nyae and the adjacent Khaudum National Park. Highly endangered species include the African Wild Dog, Cheetah and Pangolin, while Lion and Leopard also requires increased protection in the wild.