CyberTracker field observations gathered in Central African rain forests have been used for satellite image geo-referencing and interpretation and for map validation at a level of detail never achieved before.

A large-scale project initiated by the European Commission in the early 1990’s, the TREES (Tropical Ecosystem Environment observations by Satellite) project is dedicated to the development of techniques for global tropical forest inventory using satellite imagery. 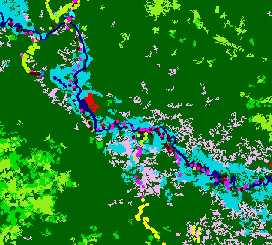 One of the objectives was to create maps to document the extent of dense tropical forest on a continental scale. Mapping dense humid forest, fragmented forest and non-forest make it possible to identify deforestation hot spots.

Reliable analysis of satellite radar images is limited by a lack of appropriate field observations. In particular, the useful parameters for radar signal modeling are quite specific and are not available in the ecological literature.

To solve this problem it was decided to collect a series of parameters about the different types of forests, such as open forest, closed forest, or swamp forest.

To achieve this TREES worked in collaboration with ECOFAC, also funded by the European Commission. 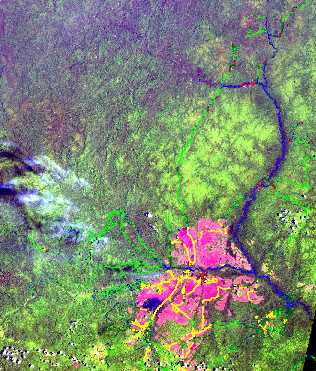 Field observations collected by CyberTracker were transferred into an MS Access relational database and integrated in an ArcView Geographic Information System for spatial analysis.

The field observations collected by CyberTracker improved the image geo-referencing, interpretation and map validation at a level never achieved before.

Discrepancy between the TREES map and the CyberTracker observations made it possible to make important corrections to the interpretation of the remote sensing data.